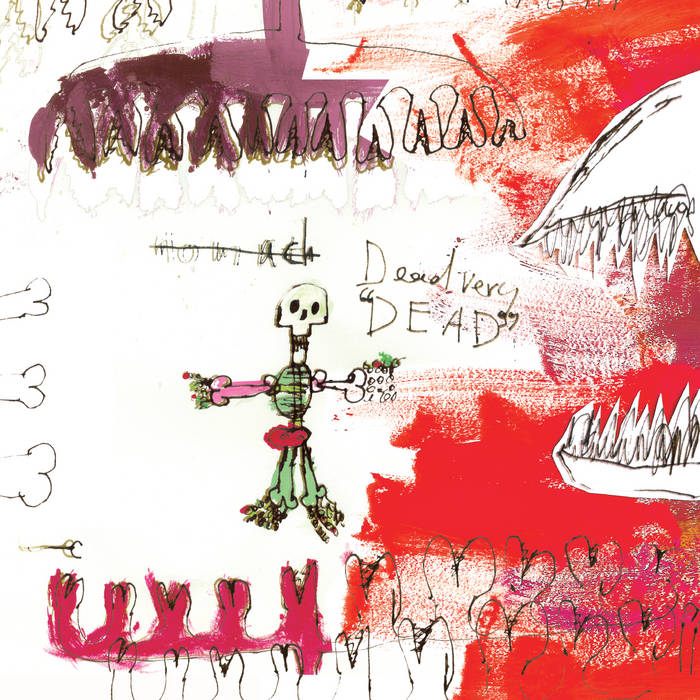 ORIGINALLY RELEASED IN 2006 ON 5 RUE CHRISTINE

The Seconds play repetitive folk music driven by a profound expression of KRATITUDE. Within The Seconds social circles, it is believed that repetition is the simplest and most direct form of communication; the most effective method for achieving emphasis or apathy, passion or indifference, confusion or clarity; the most "economical" of compositional devices. Coupled with the musematic repetitive strategies, the compact and easy-to-follow song structures give the Seconds music a natural accessibility. Their music is driven by a profound expression of KRATITUDE. Primitive and urgent, the voices, generally monophonic in approach, intone rather than sing. Language is exploited for its rhythmic and phonetic properties. The concepts normally associated with words are dissolved in the repetition and all that remain are the sounds of the mouth, tongue, and throat. The Seconds straddle the line of communication breakdown. The rhythms and percussive aspects of the instruments are derived from the rhythmic meter of the vocal phrases. The rhythms of the instruments and those of the voices work together to form interlocking parts. Melody, usually found in the guitar or bass, generally takes a subordinate role to rhythm but stands out when necessary. Harmony is often replaced by density. Some important influences on parts of Kratitude were found in North Indian Classical music, West African drumming styles, and Just Intonation tuning theory. There is one cover on this record.


Kratitude was recorded and produced solely by The Seconds in Brian's old practice space in Brooklyn. The instruments were recorded on a 4-track. The word KRATITUDE originated as the name of a monster and a set of drawings by 10 yr. old Will Dubieniec of Brighton, England. The Seconds spirit identifies with KRATITUDE and KRATITUDE is an accurate description of the Seconds spirit.

The Seconds, with this line-up of Jeannie Kwon, Zachary Max, and Brian Chase, formed in the fall of 2000 in Brooklyn, NY. They quickly made a name for themselves and their first full length (at 23 minutes) was released by Slim Moon at 5RC in late 2001. A split seven-inch with Ex Models followed shortly on My Pal God Records / X-Mist Records. The Seconds have kept a low profile owing to each member's commitments with other projects­­––Zach with Ex Models, Brian with Yeah Yeah Yeahs, and Jeannie with graduate school––but do get out and tour now and then, mostly in Europe. Recent highlights have included performing at the 2004 UK All Tomorrows Parties festival, and shows with Mission of Burma, Ted Leo, and Tortoise.


"In fact it is the subversiveness of the fact that The Seconds draw you into a song…without it being a song, or might get your foot a tapping…to some rhythm you couldn't count or clap to, or present a vocal hookline, perhaps simply a count "6,7,8" and you've found yourself singing it while you're brushing your teeth that night, but there's not a verse and chorus in sight! That said, The Seconds do rock and know how to rock and what does connects with people. Perhaps it is this balance between the obscure and awkward along with the rock'n'roll and the 'goodtimey' that makes me love them all the more and means you can enjoy them from a number of different standpoints."

Bandcamp Daily  your guide to the world of Bandcamp